Over 110 fires are being lit this weekend (9/10 October) all over Poland in "The Great GM Free Potato Celebration." Pots will be boiling and jacket potatoes baking as a symbolic reminder to the nation that our common potato is under threat from contamination by a newly introduced genetically modified potato variety. Also Poles living abroad are planning to organise special potato events.

Scary photo below and logo from the Polish campaign plus two pics from the GM action on Rodborough Common in 2006 and an Irish campaign logo against GM potatoes. 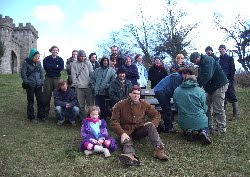 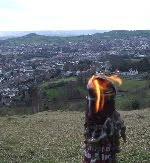 The fires echo other actions that have taken place around Europe over the years - indeed we have had various actions in Stroud including a march through the town, actions to try and stop trials in Gloucestershire and a couple of 'fires' (well candles) on Rodborough Common (see photos).

Hungary, Austria and Luxembourg are taking the European Union to the European Tribunal of Justice for licensing BASF's 'Amflora' GM potato for commercial release in European Union Countries without any consultation with member states. Amflora has been developed in Germany by BASF and is already licensed for production in that Country. England is also trialling a GM potato under strict security conditions at Leeds in Yorkshire. Meanwhile just 2 weeks ago BASF were found growing GM potatoes in Sweden without approval. 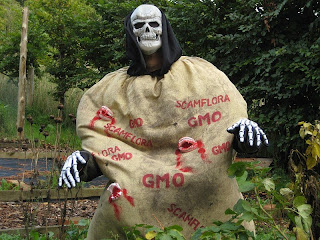 More than 70% of Europeans have already rejected GM foods, according to opinion polls. You can register your opposition to GM with an Avaaz poll that has just been extended after it hit over a million people saying no to GM. They now want to see 1.5m. Please consider signing here. It is extraordinary...the public keep saying no to GM yet the big companies keep pushing. See for example here my letter about the threat of the UK GM potatoes back in 2006.

The European Commission is currently looking for a way to de-regulate GM crop introduction within the EU. Under pressure from the World Trade Organisation, the Commission is hoping to devolve responsibility for licensing new GM varieties to member states.

"Allowing genetically modified potatoes out of the laboratory and into our fields is the height of irresponsibility and will lead to the cross contamination of the most widespread staple food in Europe." Sir Julian Rose, President of International Coalition to Protect the Polish Countryside (ICPPC).

"Countries are right to challenge the European Commission and Poland should be one of them. We are witnessing a dramatic erosion of our human rights to have free access to uncontaminated foods. Only an outright ban of GMO can save our food chain from becoming one vast experiment on human health." Jadwiga Lopata, laureat of Goldman Prize (ecological Nobel) and Vice President of ICPPC.

Meanwhile in Gloucestershire Julie Girling MEP has asked for comments re GM (see more info here). This follows the vote that saw most MEPs vote against labeling of GM (see more here) and the EU Commission approve growing GM crops for the first time in 12 years (see here). Lastly see fact file re GM here and last year see here news that the American Academy of Environmental Medicine (AAEM) released a landmark position paper signed by physicians across the U.S. calling for a moratorium on GE foods due to possible health risks.

Posted by Philip at 7:30 AM No comments: 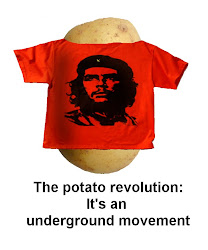 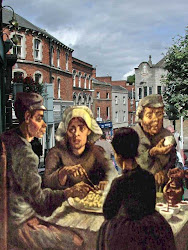